Lessons Learned From My First Audition

One of the benefits of being involved in other filmmaker’s projects is getting to meet more filmmakers. As the Script Supervisor on a feature horror film, I was invited to attend the producer, Justin Johnson‘s, audition. Naturally, I had my eyes open for casting my next project.

I learned three lessons during this audition process. First, be as prepared as possible. That means holding the audition in a place where interruptions are minimal, having one person in charge of the paperwork, and staying on schedule. Your ability to hold an organized try-out tells the actors (and crew) what you’ll be like to work with. I was impressed by Justin’s preparedness and his competence on the set dealing with all the people working, performing, and asking questions. 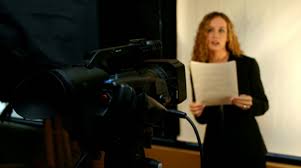 Second, have someone taping the auditions so you can review them later. This is vital when you have two or three actors you’re considering for one role, or you’re thinking of offering a different role than they auditioned for, or you have a change of crew such as a new director. They’ll want to see the talent you’re recommending. Taping also let’s you see what that person looks like on film. The third lesson relates to actors. You never know who else is in the room. The DP may also be a producer. The screenwriter may also be a director. And, as in my case, an observer may also be a filmmaker. Many eyes are watching you, wanting you to be the ‘one’ they’re looking for. So my advice is, no matter how small the role you are auditioning for, act as if it’s the role-of-a-lifetime. Because someone sitting in the room just may be in the position to offer you that dream role someday. In actuality, I have cast two short films from this audition and I found crew members, too.

I am a published author and filmmaker. Mi Casa Su Casa Productions launched in 2007 as part of the 48 Hour Film Project. As with all my writing, Mi Casa Su Casa Productions will focus on short films that entertain, enlighten and surprise viewers.
View all posts by Victoria M. Johnson →
This entry was posted in filmmakers and tagged actors, audition, casting call, crew, lessons, role. Bookmark the permalink.